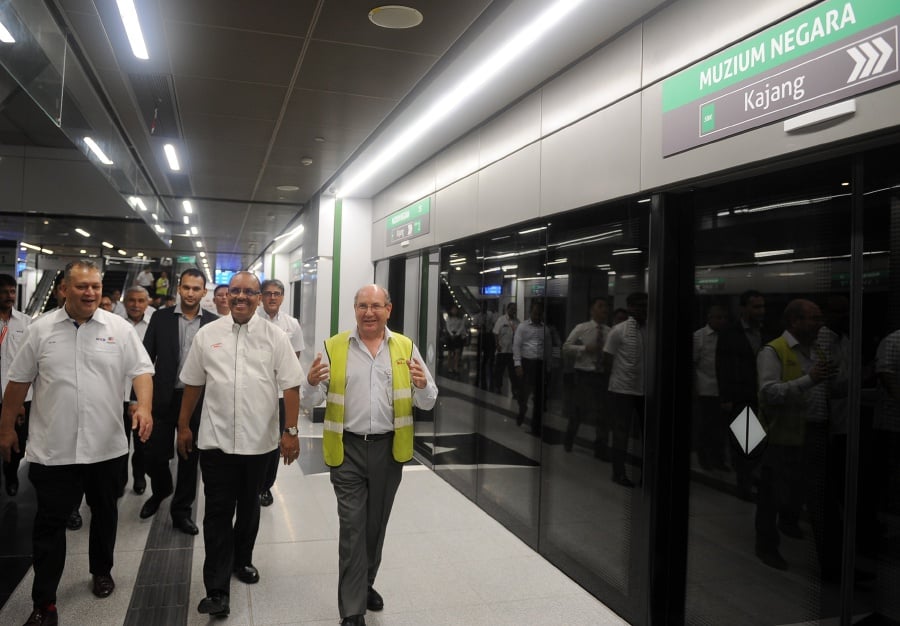 KUALA LUMPUR: A linkway for pedestrians between KL Sentral and the Muzium Negara Mass Rapid Transit (MRT) station will be opened to the public beginning July 17.

Chief Secretary to the Government, Tan Sri Dr Ali Hamsa said the project, stretching 240 metres, was built at a cost of only RM50 million, and completed in 18 months, which was six months earlier than schedule.

“(Prior to this) there was a proposal to build the linkway underground, etc, with an estimated cost of RM380 million, but after taking into consideration the views of Malaysian Resources Corporation Berhad (MRCB), this project was completed at a cost of RM50 million, with cost saving of about RM330 million,” he said.

He told reporters this when met after observing preparations made at the linkway prior to its opening next month. Also present was MRCB Group managing director Tan Sri Mohamad Salim Fateh Din.

Ali, who is also MRT Corporation Sdn Bhd chairman, said the air-conditioned linkway , part of which is underground, was also linked to several other locations, including Menara CIMB, Le Meridien Hotel, Hilton Hotel and Platinum Sentral.

The walking time between KL Sentral and the Muzium Negara MRT station is only about four minutes, he said.

The opening of the linkway between KL Sentral and the Muzium Negara MRT station will be carried out simultaneously with the opening of Phase 2 of the MRT-Sungai Buloh-Kajang (MRT SBK) line involving the Semantan-Kajang route, covering 30 km and 19 stations, by Prime Minister Datuk Seri Najib Razak on the same day.

The launch of Phase 2 will mark the completion of the SBK line, stretching 51 kilometres, with more than 500,000 passengers to use the service daily.

The first phase of the MRT SBK line, from Sungai Buloh to Semantan involving 12 stations, was in operation since Dec 16 last year.

Meanwhile, Ali said the government would look into ways to further improve KL Sentral , which was now too congested.

“The government will discuss with the relevant quarters to find ways to further expand the station or improve existing facilities,” he added. – Bernama